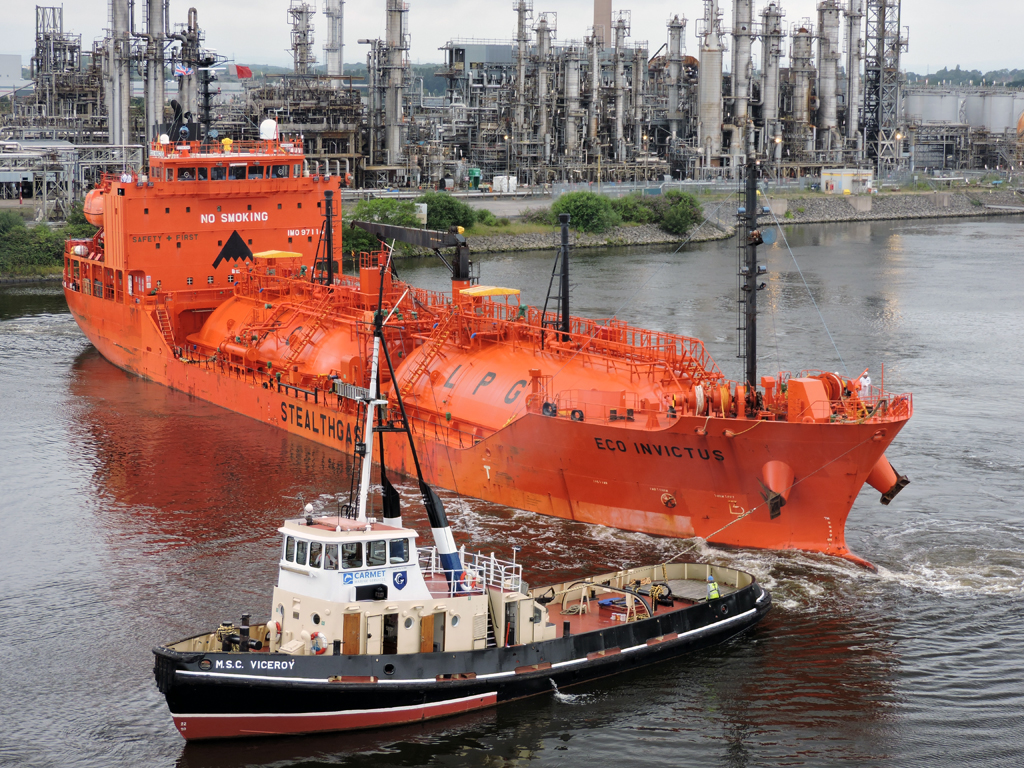 A vessel transporting Norwegian gas was supposed to arrrive in occupied Western Sahara tomorrow, but has now steered away last minute, as ordered by the exporter in Norway.

Illustration photo. Eco Invictus in the UK in 2019. Picture by Igor Dilo.

Tomorrow evening, 7 June, the gas tanker Eco Invictus was set to call in Western Sahara with approximately 4,900 tonnes of butane from Kårstø in Norway. However, at the last minute, the exporter avoided shipping the cargo into the territory.

Late Friday night, 5 June, after the vessel had sailed along the coast of Portugal, the ship suddenly changed course and destination. From 2300 CET, the vessel started communicating that it had changed its destination to Mohammedia, a Moroccan coastal city near Casablanca. The vessel is now expected to arrive at Mohammedia at 1400 CET today, Saturday 6 June.

The graphic shows how the destination harbour was changed around 2300 last nght, from "EUN" in Western Sahara to “MOH” in Morocco. The article continues below the illustration.

Thereby, the Norwegian gas delivery into the territory was prevented. Western Sahara had been registered as port of destination for the transport the entire week, since the ship left Kårstø on 31 May. The territory of Western Sahara is under illegal occupation by neighbouring Morocco, and the gas is necessary for Moroccan industries.

«The Norwegian gas reserves are the property of the people of Norway. Today, Norway profits from exporting gas to an occupied territory where it is being used to undermine the same principle of self-determination that we built our independence, wealth and welfare state on. It is deeply saddening to observe», director of the Norwegian Support Committee for Western Sahara, Erik Hagen, told Norwegian daily Finansavisen.

But this particular cargo was never delivered, as Finansavisen had covered.

Friday afternoon, the Norwegian Support Committee contacted the ship's operator and crew with a request that the vessel must not travel to the occupied territory. The question regarding this week's gas exports had also been raised with the companies running the Kårstø export terminal, and was subject to a parliamentary question yesterday to Norway's Minister of Oil and Energy.

From what the Norwegian Support Committee has learned, the decision of changing the course of the vessel is directly associated to the solid position to self-determination for Western Sahara in Norway.

Only some weeks ago, the Norwegian state owned company Equinor was caught red-handedly in carrying out a similar transport from Kårstø, with the same kind of gas, carried on board of a vessel with the same Greek operator.

The Norwegian NGO got confirmation that it was not Equinor behind this week's transport. The Equinor affair received national media coverage in May, and the company promised to introduce routines to prevent it from happening again.

Also the Austrian chemical giant Borealis expressed in May that they would not take part in such exports from their terminal in Sweden.