Support us
3 of 26 conflict mineral shipments insured from Norway 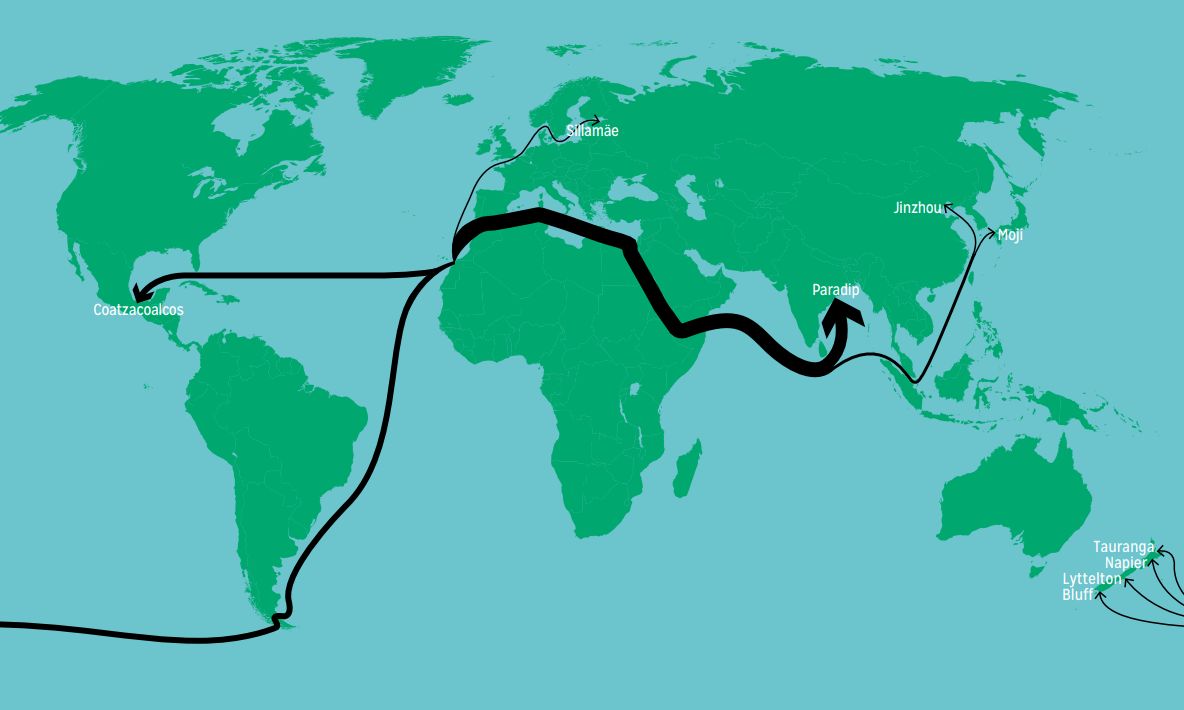 This month, Western Sahara Resource Watch (WSRW) published its ninth-in-a-row detailed, annual overview of the companies involved in the purchase of phosphates from occupied Western Sahara. The illegally exploited phosphate rock is one of the Moroccan government’s main sources of income from the territory it holds contrary to international law.

One of the findings of the report, is the continued role of Norwegian insurance companies Gard and Skuld, which yet again appears among the ones that provides coverage to vessels that transport the mineral out of the territory.

The trade takes place in violation of international law.

Gard and Skuld have also previously been insuring such vessels.

A total of 26 vessels departed the territory with 1.4 million tonnes of phosphate rock in 2021, an increase from the approx 1 million tonnes exported in 2019 and 2020. To compare, Morocco’s average export from the occupied territory during the years 2012-2018 was 1.8 million tonnes. A doubling of the phosphate prices during 2021 means the illegal exports are increasingly lucrative, perhaps corresponding to a value of 349 million USD for that year's exports.

The biggest client of the controversial trade in 2021 was India, as has been the case since 2019. However, this might change from now on.

In spite of earlier promises to no longer source phosphate rock from Western Sahara, the US company Innophos Holdings has resumed its imports from the occupied territory into Mexico. The company became the leading importer during the second half of 2021: from the arrival of the year's first shipment to Mexico on 2 August 2021 until the end of the year, Innophos took in 43% of all phosphate rock from occupied Western Sahara. The seven shipments that it received during the last five months of 2021 totalled 391.000 tonnes, outweighing any other importer involved in that same timeframe.

Ever since vessels transporting Western Saharan phosphate were detained in Panama and South Africa in 2017, no shipments have gone via Cape of Good Hope or through the Panama Canal.

WSRW calls on all companies involved in the trade to immediately halt all purchases and all shipments of Western Sahara phosphates until a solution to the conflict has been found. Investors are requested to engage or divest unless action is taken.

Previous editions of the P for Plunder series can be found here.

The Saharawi people have been consistently outspoken against the trade, both in the UN, generally, and to specific companies.

The Norwegian Support Committee for Western Sahara wrote Gard on 11 September 2018. Gard wrote NSCWS on 30 November 2018. A new letter from NSCWS on 02 October 2019 was not responded.

The Norwegian Support Committee corresponded with Skuld in 2018.