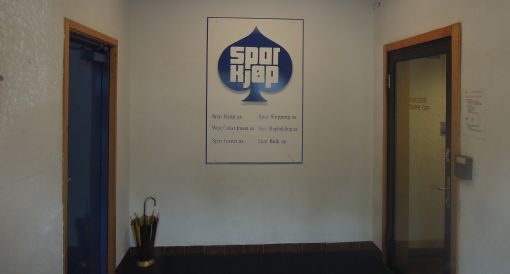 A series of articles in Norwegian media this year highlighted a controversial shipment from occupied Western Sahara on board a vessel owned by Bergen shipping company Spar Shipping.

“It was not at all known to me that the vessel was used in this trade before BT made me aware of it”, CEO of Spar Shipping, Jarle Ellefsen, told the Norwegian newspaper Bergens Tidende (BT), who published the revelation on 27 July 2015.

The vessel had been chartered out to another company for a 3-5 month period, and Spar Shipping explained that it is the other company which decides where the vessel can sail to.

“Now as BT made us aware of this trade, we might consider to end chartering out vessels if they are to be applied to the trade of Western Sahara goods”, Ellefsen stated.

"The Ministry of Foreign Affairs urges against such trade. But if it was totally reprehensible, would it not have been made illegal?" the CEO stated.

The shipment received a lot of attention in the regional media. A commentator journalist of Bergens Tidende argued that "something does not have to be forbidden in order to be immoral".

“The occupation is expensive, but as long as companies contribute to trading goods from the occupied territories, Morocco can continue its violent attacks on the [Saharawi] people”, stated politicians from the Liberal and Social Democrat party in a letter to the editor.

The Rafto Foundation For Human Rights stated to the newspaper that it was “highly unfortunate”.

“The Saharawis is a highly oppressed people, and a large part of the population has been forced to live in refugee camps in Algeria”, director of Rafto Foundation, Solveig Moldrheim stated. “It is highly reprehensible that vessels from Bergen are used in this trade. This is to the sole benefit of the occupation power”, Moldrheim said.

Bergens Tidende showed how several local ship owners in recent years had made sure not to take part in such transports.

"We had a vessel which was involved in such a transport in 2008, and we noticed all the controversy it stirred. Now we are more careful", stated Christian Sundt, CEO of Seven Seas Carriers in Bergen to BT.

Sundt told that those companies chartering their vessels not always explain what they are being used for, and that Seven Seas Carriers therefore have introduced rules for what the vessels can be used for.

"We have a particular clause that excludes trade in Western Sahara", he told.

He doubts Spare Shipping will be involved in such trade again. "I would believe this was a one-time mistake", Sundt said.

Also Grieg Star Shipping has rules that excludes trade in Western Sahara, its CEO told BT. Yet another Norwegian company earlier this year told in a similar incident that it also was "an unfortunate mistake" and that they would assure it would not happen again.

Bergen Ship Owner's Association told BT that they urge its member companies to seek advice from the Norwegian Shipowners' Association. The latter follows the advice of the Norwegian government to not trade with goods from Western Sahara.