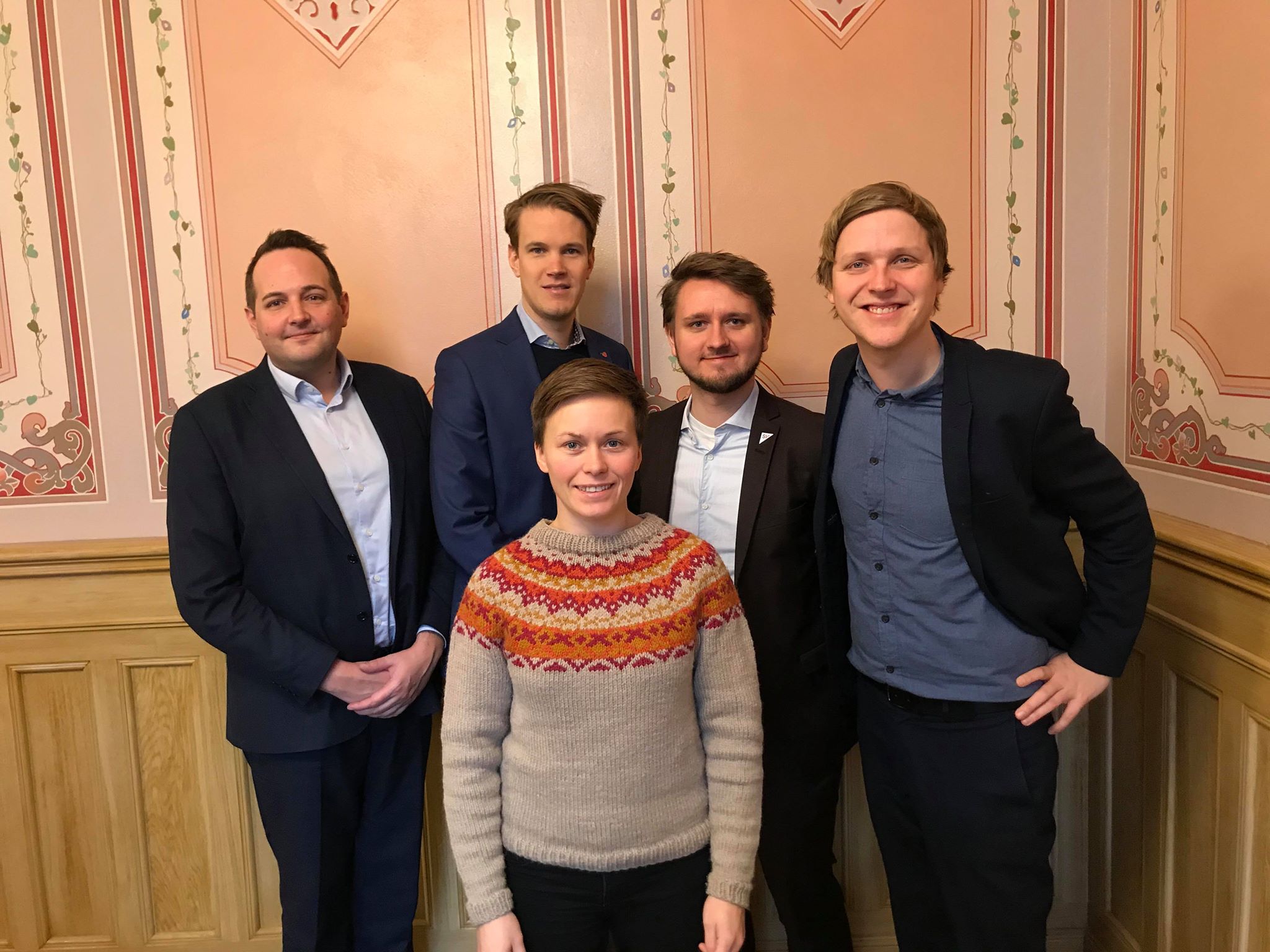 Representatives from all nine political parties at the Norwegian parliament today established a friendship group for Western Sahara.

A friendship group for Western Sahara was today established at the Norwegian parliament.

The group is the only network on such a foreign affairs issue that is constituted by parliamentarians from all nine political parties of the Norwegian parliament. The intergroup's purpose is to advocate for the right to self-determination for the people of Western Sahara. Part of the terrtory has been illegally occupied by Morocco since 1975.

«Now, as the parties to this conflict is to meet again for UN talks in March, it is fundamental that Norwegian government unequivocally support the principles of international law. A solution to this conflict can only entail that the people of Western Sahara decide themselves on the question of independence», MP Solfrid Lerbekk stated.

«Norway must support the Saharawi people's fundamental human rights and the work of the UN Special Envoy to solve the conflict. It is essential to increase the pressure on French government to allow the UN peacekeeping operation in Western Sahara to report on human rights violations it observes», MP Gisle Meininger Saudland said.

«The political consensus among political parties in Norway on the Western Sahara file must be reflected in a principled stance. The steadfast Norwegian position today is that Norway does not accept Morocco's annexation of the territory. This means that we must clearly express that Morocco must end the occupation, and we must work to ensure a free referendum on Western Sahara's independence», MP Åsmund Aukrust told.

The conservative Norwegian governent consists of four parties, while five parties are in opposition - all nine have members in the intergroup.

A friendship group for Western Sahara was for the first time established in the Parliament of Norway in 2014, at the time coordinated by the same MP Åsmund Aukrust, and with leader of Liberal Party, Ms Trine Skei Grande, currently Norway's Minister of Culture.