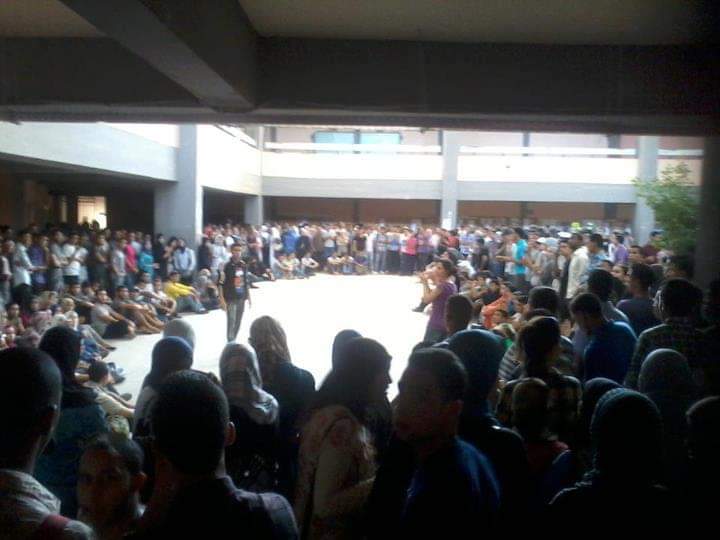 The UN Working Group on Arbitrary Detention this week called on Morocco to release a group of Saharawi students, all political prisoners.

Photo: Saharawi students mobilising at a demonstration in Marrakech, 2015.
"The appropriate measure would be to immediately release" the group of imprisoned Saharawi students, the UN Working Group on Arbitrary Detention wrote in an opinion published 31 March.

The opinion is a reponse to a complaint that a group of students from Western Sahara - the so-called 'student group' or 'Wali group' - submitted to the working group in November 2019.

The group was arrested for its student activism in the university cities in Morocco and for their fight for selv-determination for the Saharawi people.

Four of the members of the student group are still in jail, where they have been since 2016. A fifth was arrested in 2019.

"Morocco has to listen to the UN and immediately release the Saharawi students. In light of the corona crisis and the poor prison conditions in Morocco, it is particularly important that they are set free", international responsible of National Union of Students in Norway, Mr. Stian Skarheim Magelssen, told.

The Norwegian student union has for several decades supported the Saharawi people's right for self-determination.

Could you give a hand in putting pressure on the Moroccan government? In this report, we summarise the UN statement and suggest how you can contribute .

“Now, more than ever, governments should release every person detained without sufficient legal basis, including political prisoners and others detained simply for expressing critical or dissenting views", the UN High Commissioner for Human Rights stated last week.

Our report about the student group and the UN statement is also published in Arabic and French.