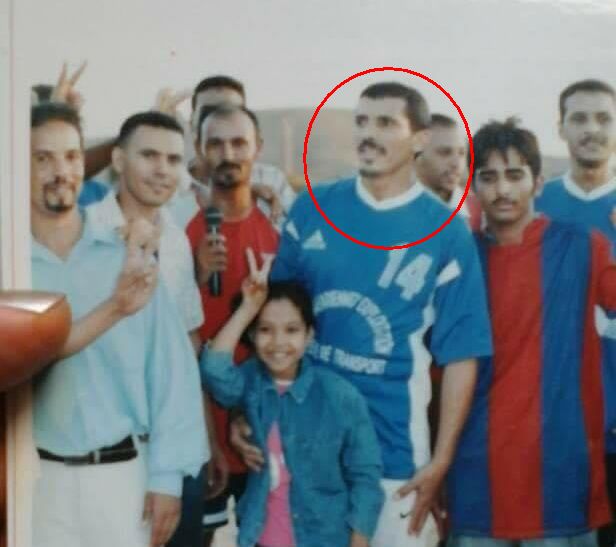 Four days after telling his daughter that he had shared cell with a probable covid-19 patient, Elhafed disappeared. For three weeks, no one has heard from the Saharawi political prisoner.

No one has heard from the renowned Saharawi political prisoner and human rights defender Yahya Mohamed Elhafed Iaazza for three weeks.

The now 54-year-old was in 2008 tried and sentenced to 15 years by a Moroccan court. Earlier this month he told his daughter Fatou that on October 9th, a prisoner suffering from covid-19 had been placed together with him in his small cell in Bouzairkarn Prison in Southern Morocco, where they both spent over 24 hours in close proximity. On October 13th Elhafed Iaazza was purportedly taken to an isolation cell. Since then, he has not communicated with his family, and prison authorities have refused to provide information about his whereabouts or his health.

His family and representative are concerned that his asthma and other pre-existing conditions might put him at risk for severe illness.

“Whatever the reason of a detention; it does not deprive an individual of his or her humanity”, said Elhafed Iaazza’s daughter, Fatou Elhafed Iaazza. “My father is still a human being, with an inherent right to life. No individual should arbitrarily be deprived of their life nor be placed in a situation that endangers their right to life. For 20 days, we have received no news about my father. We do not know whether he is dead or alive…”

Tone Sørfonn Moe, Elhafed Iaazza’s Oslo-based international legal representative, stated that “Yahya Mohamed Elhafed Iaazza has been imprisoned simply in response to having expressed a dissenting view, and he should therefore immediately be released from prison. This becomes ever more urgent in light of how he could have been exposed to covid-19”.

In April of 2020 Amnesty International issued an appeal calling for Morocco to release all detained journalists and peaceful protesters held in the country’s overcrowded jails and prisons, especially those with underlying medical conditions. The same month, 27 Saharawi NGOs also issued a joint appeal calling for the release of all Saharawi political prisoners - a total of 38 prisoners - in light of the current covid-19 crisis. While Morocco pardoned 5654 prisoners at the start of the pandemic, it did not release political prisoners. covid-19 spread quickly throughout the Moroccan jails, with four prisons reporting cases by April and a single prison detecting 300 cases. Activists working on prison rights say that the coronavirus has spread rapidly due to extreme overcrowding and unhygienic conditions in many Moroccan prisons, including Bouzairkarn Prison where Elhafed Iaazza and other Sahrawi political prisoners are held.

Elhafed Iaazza is known as the “father” of Sahrawi political prisoners for taking young activists under his wing when they first arrive in prison and helping them to survive the tough conditions. His family says that he suffers from ill health, including asthma, rheumatism and the effects of long-term hunger strikes, including one that lasted 62 days, in protest of his arbitrary detention and torture, as well as the inhumane treatment and systematic racial discrimination that he and other Sahrawi political prisoners suffer.

Elhafed Iaazza was convicted for having organized a demonstration that led to the death of a Moroccan police officer at a protest that took place on 27 of February 2008 in the city of Tan Tan, in Southern Morocco. Yahya Mohamed was however not present at the demonstration. The main evidence used against him was a signed confession, which he has said was obtained under torture. His lawyers say he was denied the legal right to present evidence that would have proven his innocence. Citing numerous irregularities at Elhafed Iaazza’s trial, in 2009 Amnesty called for his release.

Elhafed Iaazza is one of many Sahrawis who are targeted by Morocco, through arbitrary detention and judicial harassment, for their activism on Western Sahara, a non-self-governing territory south of Morocco and north of Mauritania that has been occupied by Morocco for almost 45 years.

Sahrawi human rights defenders advocating for social justice and activists who demand the celebration of a long-promised UN referendum on self-determination for Western Sahara are often charged with violent crimes, tortured into signing confessions and given long prison sentences, effectively ending or severely limiting their advocacy work. The arbitrary detention of Saharawi human rights defenders have been widely documented by the United Nations human rights mechanisms, particularly by the UN Working Group on Arbitrary Detention, whom has found that Saharawi´s advocating in favour of self-determination is subjected to discriminatory practices in breach of the equality of human rights.

On October 30, the UN Security Council voted to continue with its peacekeeping mission in Western Sahara, known as MINURSO, but refused to grant it a human rights monitoring mandate despite numerous reports of human rights violations by Morocco against the Sahrawi population and a practical ban on international human rights monitors and media in the territory.

Other cases of concern
The latest developments in the case of Yahya Mohamed fall in line with the continuous and systematic racial discrimination and punishment of Saharawi political prisoners, continuing throughout their detention, as also recently witnessed in other cases:

Morocco continues to ignore calls coming from human rights organizations and from the United Nations human rights mechanisms to release Saharawi political prisoners. Former president-rapporteur of the UN Working Group Arbitrary Detention, professor Mads Andenæs, states “In the course of my visit with the Gdeim Izik prisoners during the country visit of the Working Group in 2013, it became clear that Saharawi activists arbitrarily detained suffer from different forms of health problems, some of them a consequence of having been subjected to torture or ill treatment, the inhumane conditions in prison, placing them in acute danger. This is further aggravated by multiple hunger strikes and the lack of medical care. These peaceful activists should immediately be released from prison in light of the imminent threat to their health”.