Support us
The UN calls on Morocco to release imprisoned Saharawis 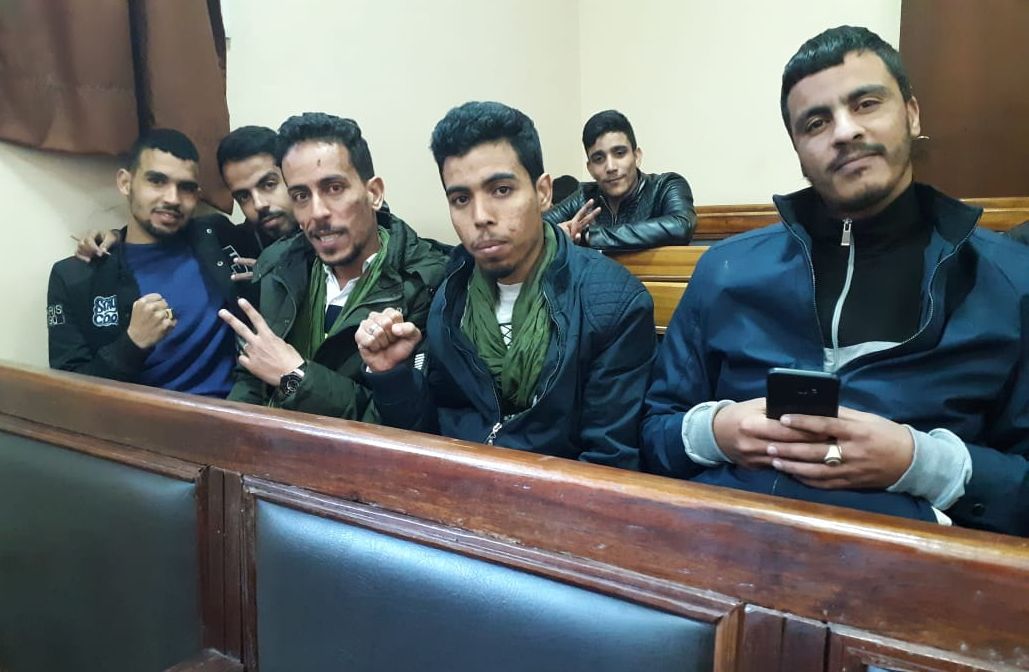 The UN Working Group on Arbitrary Detention today recalled its request to Morocco to immediately release a group of imprisoned Saharawi students.

A request to Morocco for release of Saharawi prisoners was underlined today in the working group’s annual report, presented to the UN Human Rights Council’s 45th session. The report highlight acts of reprisals against a group of young Saharawis students whilst noting that the Kingdom of Morocco has taken no actions to implement earlier UN calls. Find the annual report of the Working Group here.

The comments made today by the Working Group is a follow-up of an earlier decision rendered by the same body, holding that the detention of the so-called “Student Group” was and continues to be arbitrary. That decision, published earlier this year, called for the students to be immediately released (Opinion No. 67/2019) . Four of the members of the “Student Group” remain imprisoned to this day.

In the report, the Working Group notes with grave concern that it continues to receive information on reprisals suffered by individuals who have been the subject of an urgent appeal or opinion or whose cases have given effect to a recommendation of the Working Group. In this regard, the Working Group takes particular notice of the case of the currently imprisoned students, Aziz El Ouahidi, Elkantawi Elbeur, Mohammed Dadda and Abdelmoula El Hafidi, (Opinion No. 67/2019).

Earlier this month, a communication was also issued by the UN Special Procedures concerning a related case – the detention of the Saharawi student Hussein Bachir Brahim – in which the UN expressed its concern over the lack of sufficient evidence. Hussein is currently awaiting trial tomorrow, on 23 September 2020; and is the fifth Saharawi student currently being held in a Moroccan jail in response to student activism and support for the right to self-determination.

According to the latter opinion, the conviction of the "Student Group" was based on documents signed under duress as a result of torture. The UN Special Procedures expressed its deep concern that the conviction of Hussein is based on the same documents; as well as on the police files of his own interrogation which Hussein refused to sign.

The arbitrary detention of Saharawi human rights defenders and activists has been widely documented by the United Nations human rights mechanisms; in particular by the United Nations Working Group on Arbitrary Detention. In all decisions, the Working Group found that the detention of Saharawi activists constitute a violation of Morocco’s international obligations to not politically prosecute or discriminate. In this week’s communication, the UN Special Procedures once again asks Morocco to ensure that human rights defenders in Morocco and Western Sahara are able to carry out their legitimate activities in safety and in a favourable environment without fear of threats, acts of harassment, stigmatization or criminalization of any kind.

Morocco has illegally occupied a large part of the non-self-governing territory of Western Sahara since 1975.