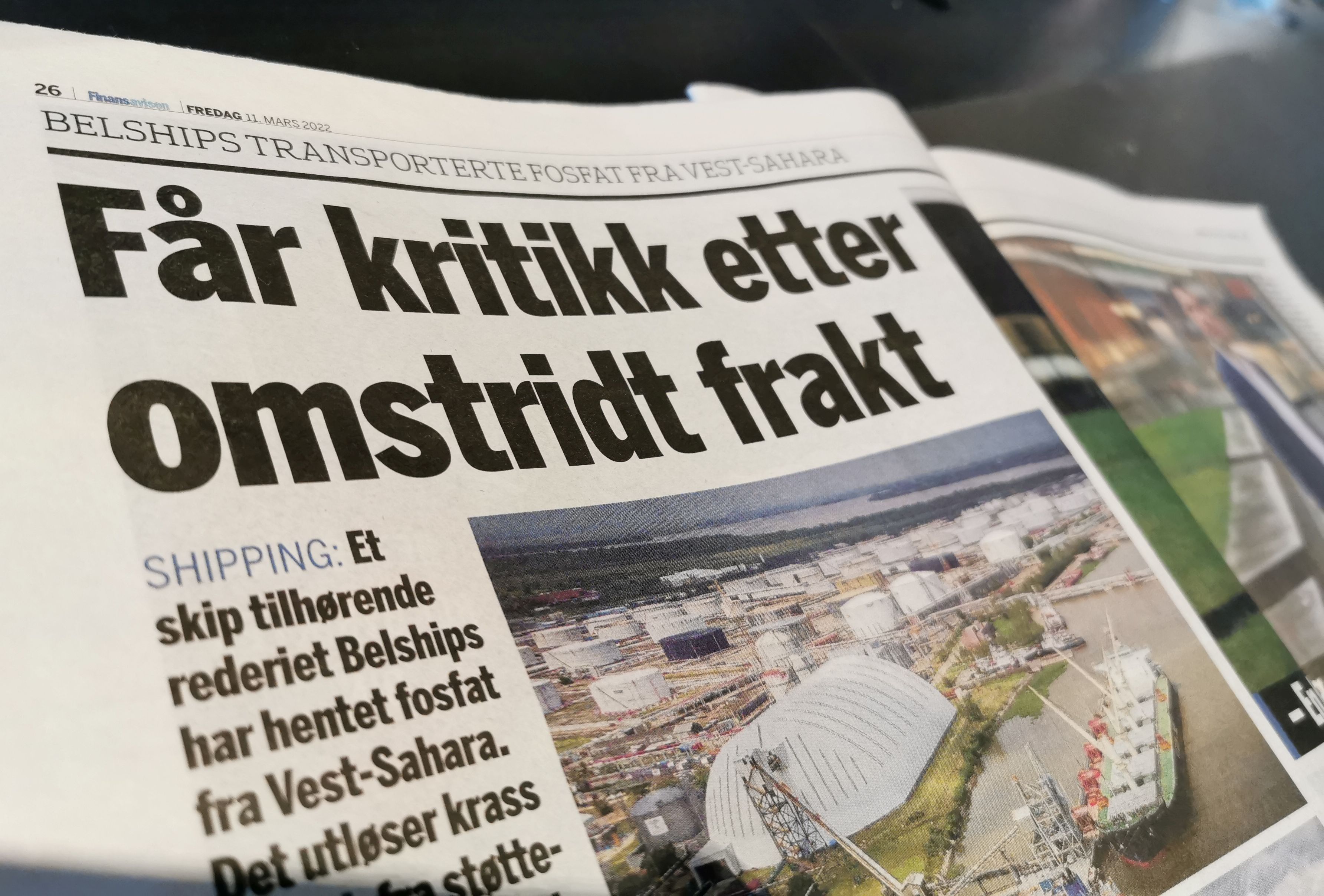 "A regrettable situation", says the director of the shipping company Belships, calling for a ban from the Norwegian authorities.

“We are not the ones who have made the decision to load phosphate from Western Sahara”, says CEO of Belships, Lars Chr.Skarsgård to the Norwegian business daily Finansavisen today.

The newspaper writes that the bulk vessel Belnippon in November 2021 transported an estimated 61,000 tons of phosphate from the occupied territory to an importer in Mexico. Morocco's export of the conflict mineral is contrary to international law.

The Norwegian Ministry of Foreign Affairs advises companies against operating in the territory. The Belships manager emphasizes to Finansavisen that the shipping company supports the position of the Norwegian government and has "full understanding that the spotlight is on this". He urges the Norwegian authorities to ban trade with Western Sahara, and not just dissuade.

“Then this would have fallen under prohibition clauses in all standard contracts”, says Skarsgård, who find the situation “regrettable”.

“This is a chartered ship with us, not owned, and Belnippon has been sublet on a long-term contract to the same charterer since it was delivered from the yard in 2018. The charterer directs the ship and selects cargoes”.

He points out that none of Belship's own ships are allowed to sail to Western Sahara and that they are "in dialogue to try to change the contract for Belnippon on this point".

The Norwegian Support Committee for Western Sahara contacted the company on 22 February 2022. The letter was not answered.

“We live in a time where fundamental international law is under pressure. This transport has helped to support the illegal and brutal occupation of the territory”, says Erik Hagen, director of the Norwegian Support Committee in an interview with Finansavisen.

Belnippon is one of the vessels featured in an annual report for 2021 on the controversial phosphate trade that will be published by Western Sahara Resource Watch in early April.