Support us
UN concerned over situation for young Saharawi prisoner 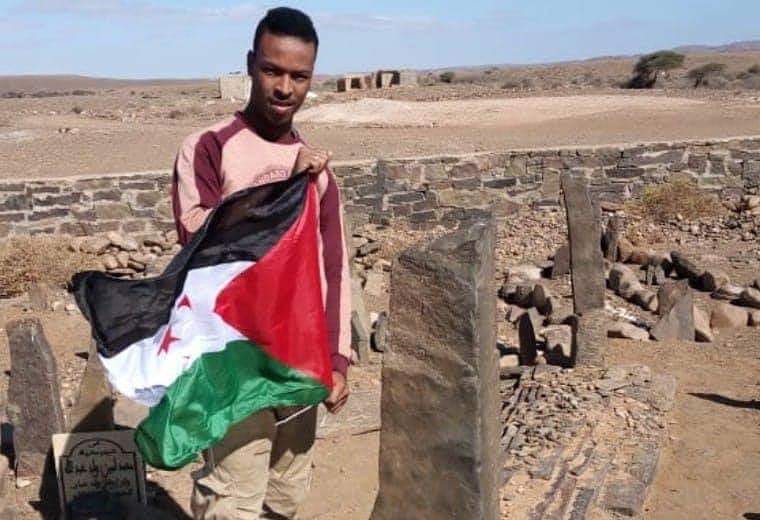 On 21 July 2020, a joint communication was issued by five UN mandate holders into the case of the 21-year-old Saharawi activist Khatri Dadda, currently serving a 20-year sentence in a Moroccan jail.

On 21 July 2020, a joint communication was issued by five UN mandate holders into the case of the 21-year-old Saharawi activist Khatri Dadda, currently serving a 20-year sentence in a Moroccan jail.

The United Nations Special Rapporteurs expressed their deep concern over several aspects of how he has been treated by Moroccan authorities, such as

The Special Rapporteurs asked the Moroccan government to initiate an investigation on the basis of the information provided. They underlined that the Moroccan government is under an obligation to ensure compliance with international human rights law, including the right of due process, whilst noting the young age of the applicant, now having been sentenced to a total of 20 years in prison.

Khatri is currently held in Ait Melloul prison and continues to suffer under systematic racial discrimination and continued isolation. Due to Covid-19, family visits are banned, and Khatri is at the same time only allowed limited time on the phone. The family informs that Khatri continues to be very afraid.

Khatri Dadda is 21-year-old activist belonging to Salwan Media, a group of Saharawi media activists located in the city of Smara, in occupied Western Sahara. On 24 December 2019, Khatri was arrested due to his activism as a Saharawi activist and photographer in Smara, Western Sahara. He was later sentenced to 20 years in prison.

The arrest of Khatri Dadda is directly linked to his work as a Saharawi photographer and Saharawi human rights defender, advocating in favour of the right to self-determination for the people of Western Sahara. In fact, it has been reported by anonymous sources that the reason why Khatri was arrested by the Moroccan police and later sentenced to 20 years, is because the police believes that it was Khatri who filmed the violent arrest of journalist Walid Salek El Batal in June 2019. See the brutal video of Batal’s arrest on websites of Washington Post, Human Rights Watch, Front Line Defenders and the Organization Mondiale Contre la Torture.

The excessive police violence and torture upon Batal’s arrest, was treated in a recent Urgent Appeal launched by the United Nations Special Procedures (Al Mar 5/2019). The United Nations Working Group on Arbitrary Detention has on several occasions documented the systematic persecution and political prosecution of Saharawi journalist and human rights defenders in response to their support for the right to self-determination for the people of Western Sahara.