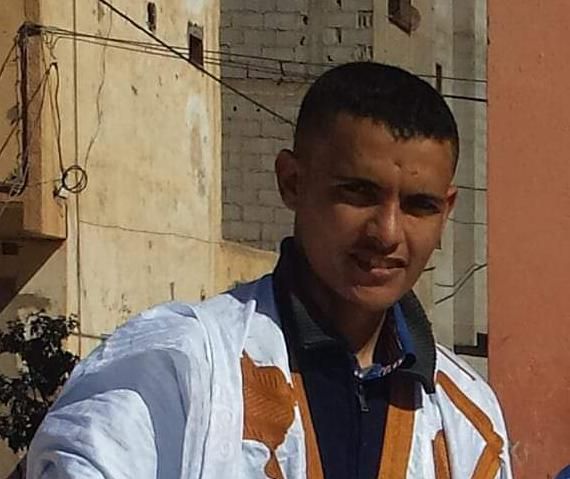 A Saharawi student who was deported from Spain to Morocco without having his asylum application considered is next week facing trial in Moroccan court. The UN recently pronounced its concerns.

On 23 September 2020, the Saharawi student Al-Hussein Al-Bashir Ibrahim (Hussein) is to be tried before a Moroccan court, charged with taking part in the murder of a young Moroccan. The evidence consists of police interrogation documents signed by friends of his, under torture.

In a communication published 7 September 2020, the UN Special Procedures expresses its deep concern. The communication is available on the UN’s website here.

Hussein is a Saharawi human rights activist who had sought asylum in Spain, but instead of having his asylum application treated, the Spanish government returned him to Morocco. There, he was arrested in January 2019. After 11 months of imprisonment under vague charges, Hussein was sentenced to 12 years imprisonment in November 2019 by a Moroccan court. He remains imprisoned to this date.

Hussein was condemned for having incited to use to violence through the usage of social media; leading to the death of a young Moroccan. The evidence used against Hussein was police records signed under torture by fellow Saharawi students, in addition to his own unsigned police records. An appeal against Hussein is expected to commence on 22 September 2020.

The UN body expresses its concern over the lack of sufficient evidence to keep him imprisoned. The communication (Al Mar 2/2020) is signed by the Special Rapporteur on the promotion and protection of the  right to freedom of opinion and Expression, the Special rapporteur on the situation of human rights defenders and the UN Working Group on Arbitrary Detention.

In the communication published, the UN Special Procedures asserts that the case of  Hussein is closely linked to the case of the so-called “Student Group", as treated in Opinion 67/2019 of the Working Group on Arbitrary Detention at its 86th session (18-22 November 2019), in which the Working Group found their detention arbitrary in that it was contrary to Articles 7, 9, 10 and 19 of the Universal Declaration of Human Rights and Articles 2, 7, 9, 14, 19 and 27 of the International Covenant on Civil and Political Rights and reports in categories I, II, III and V. According to Opinion 67/2019, the conviction of the "Student Group" was based on documents signed under duress as a result of torture. The UN Special Procedures expressed in this week’s communication its deep concern that the conviction of Hussein is based on the same documents; as well as on the police files of his own interrogation which Hussein refused to sign.

The arbitrary detention of Saharawi human rights defenders and activists have been widely documented by the United Nations human rights mechanisms; in particular by the United Nations Working Group on Arbitrary Detention. In all decisions, the Working Group found that the detention of Saharawi activists constitute a violation of Morocco’s international obligations to not politically prosecute or discriminate. In this week’s communication, the UN Special Procedures once again asks Morocco to ensure that human rights defenders in Morocco and Western Sahara are able to carry out their legitimate activities in safety and in a favourable environment without fear of threats, acts of harassment, stigmatization or criminalization of any kind.

Western Sahara has been under illegal occupation by the Kingdom of Morocco ever since Morocco invaded the territory in 1975. The occupied territories of Western Sahara remain a humanitarian crisis with gross human rights violations and breaches of humanitarian law being committed on a daily basis.