Support us
\"Those accusations are fabricated\", wife said.

Sahrawi human rights defender Naama Asfari has today been before a court in in Marrakech.
Published 21 April 2008


Asfari is accused of 3 offences. First of drunk driving, secondly of carrying a knife, thirdly for having beaten a woman.

Naama does not drink, and has never beaten a person in his life, recounts his wife, French Claude Mangin, on telephone from the court in Marrakech.

Naama Asfari was detained after he ended up in a discussion with a Moroccan woman over traffic rules in the streets Marrakech.

When Asfari went out of his car to discuss with the Moroccan woman, 5 civilian dressed men immediately came out from the car behind Asfari, and detained him.

The men had then followed Asfari 24 hours a day for the last 3 days.

A parody
Mrs. Mangin told www.vest-sahara.no that the trial is a "parody", and that there are a number of incoherencies in the proofs, both on the timing of the event, and on the charges against her husband.

An eye witness claimed he saw Asfari apparently being drunk, holding a knife and giving the woman a knock with his head

The Moroccan woman, on the other hand, said that Mr. Asfari had slapped her in her face with his hand.

The eye witness gave a completely wrong timing of the happening, missing it with several hours.

No proof has been given of Asfari having a knife, and no alcohol test has been taken of him.

Asfari is the co-president of the French human rights organisation CORELSO, working on the issue of Western Sahara. He was in Morocco to help out on some family business when he was suddenly detained Sunday last week. His wife is convinced that all the accusations against him are fabricated.

Called Asfari a liar.
Once Asfari was taken into the car, he was severely beaten by the 5 agents. He asked for a doctor, but was rejected it. He also asked to call his wife in France. Since he was never given the chance to call out, he was missing from the outside world for 3 days. His wife located him in a prison in Marrakech Wednesday last week.

Due to the incoherencies of the witnesses, court decided to continue the trial in the Court de Première Instance on the 28th of April, so they can look for more witnesses in the meantime.

The French lawyers have demanded him temporarily released awaiting for the continuation of the trial. The decision on that will be made at 3PM today Moroccan time.

Claude Mangin hopes for help from the French authorities to have her husband released. 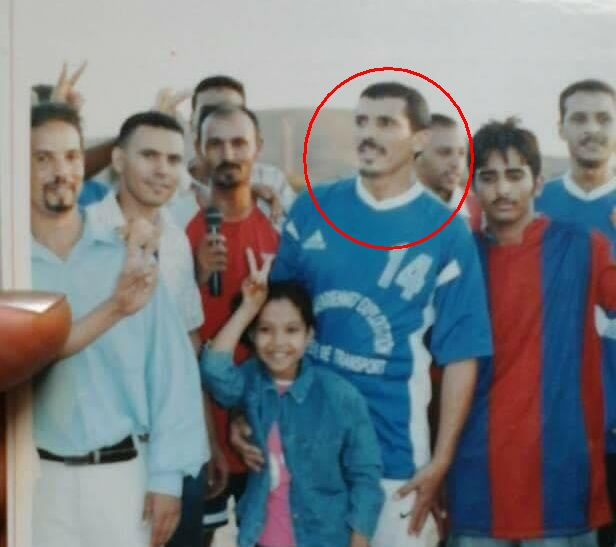