Support us
Today, El Ouali Amidane will probably be sententenced for his opinions
Elkouria Amidane (22) studies English at the Cadi Ayyad University in Marrakech. Against the backdrop of one of Morocco's livelier tourist destinations, her younger brother's fate is to be decided today. She now pleads for Norwegian help to put pressure on Moroccan authorities so that he is not punished severely.
Published 17 April 2007

"All he ever did was to peacefully protest the occupation. He's an activist, not a criminal!", says Elkouria Amidane.

The sentence is not likely to be less than three years; thus was the number of years six of El Oauli's friends were recently sentenced to spend behind bars. Two years ago, sentences of up to 20 years imprisonment were imposed on several youths that had protested the occupation of Western Sahara.

Suspended from the ceiling 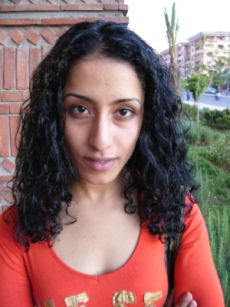 Western Sahara has been under Moroccan occupation since 1975, and the 16 year-old United Nations plan for a referendum has yet to be carried out. As a result of Morocco's continued rejection of the proposed solution to the conflict, Sahrawi youths are growing increasingly impatient.

On 12. October last year Amidane and her brother took part in one of the frequent demonstrations in El Aaiun, the capital of Western Sahara.

"We are Sahrawis, not Moroccans!", Amidane recalls that they shouted.

Police forces stormed their house that very evening, torturing every member of the family.

"The police beat my family, and friends of the family, in public", she says. "Our friends were beaten merely for being our friends."

Both Amidane and her brother were taken to the police station.

"I told them how I feel about the occupation. They threatened to rape me  they tried tearing off my clothes, pulled my hair, and hung me by one hand from the ceiling", she relates.

Amidane was released after a day and a half. Her brother was not. El Ouali is still in jail. His sentence will be passed today.

Calls for help
She is visibly nervous about the outcome of the pending trial, and worried about the maltreatment her brother may be undergoing in police custody. On his last arrest, in 2005, he was so thoroughly beaten in the police car en route to the courthouse that the trial had to be postponed for several weeks.

"The international community's lack of will to prevent Morocco in jailing and tyrannizing our people, is a tragedy", exclaims the young student.

"If there is anything Norway can do to prevent my brother being sentenced to several years imprisonment, then please act quickly", she urges.

She says her brother is seriously ill and in need of medical attention, which he is being denied by the Moroccan police.

Norwegians expelled
Indications abound that the progress made toward democracy and human rights in Morocco, does not apply to the Sahrawis in Western Sahara. Amnesty International frequently denounces summary trials and assaults on Saharawi civilians.

Meanwhile, international observers, journalists and diplomats are being denied entry to the area. On two occasions representatives from the Norwegian Embassy to Morocco have tried visiting the area, only to fail to obtain permission from Moroccan authorities. Since 2004, five Norwegian journalists have been expelled from Morocco and Western Sahara.

Morocco is obstructing the execution of the referendum, causing questions to be raised regarding how long the UN wishes to extend the mission's mandate.

Instead of dismantling MINURSO, it has been suggested that MINURSO's mandate be extended to also include the monitoring of violations of human rights in Western Sahara. Such monitoring is, however, being opposed by France. For decades, France has been Morocco's closest ally.

In April, competing proposals for resolving the conflict have been submitted to the Security Council by both Morocco and the liberation movement Front Polisario.


Translated to English by the Norwegian Support Committee for Western Sahara