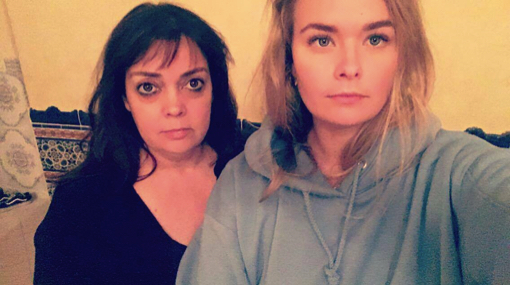 Minutes
The court commenced on the 20th March with the testimony of El Houssin Ezzaoui.
Ezzaoui reaffirmed his innocence and his status as a political prisoner. He refused to answer any questions before he could show the marks of torture and to report his suffering. "I was tortured for days, raped, beaten, had my hands and feet nails torn, my arm was broken, and I had days without food or drink! They carried me on a blanket to the place where they forced me to sign with a fingerprint. ... I do not know the content of any statement or confession, no one read me anything or informed me of my rights!.
Zawi denounced the names of all the torturers he could identify.

He urged that the the wealth of Morocco comes from the looting of the natural resources of Western Sahara!. Ezzaoui explained how he on the morning of the 8th of November had passed out due to the teargas released by the public forces. He explained how he woke up the next day at the hospital, not able to remember anything from the dismantlement of the camp. He explained how he was captured in El Aaiun on November 9th , in the occupied city of Western Sahara, and tortured for days, before being presented in front on an investigative judge.

He explained how had never read the content of the declarations, and how he under pressure and in extremely bad shape had been forced to sign the declarations. He stated: "They ask me questions about the negotiations before the dismantling of Gdeim Izik! Why arent the authorities here to testify, the ones who were talking to us? Why arent you bringing them to court? . He explained how the unexpected attack on the camp, and their imprisonment, and the occupation are all linked together, where he stated that on the day of the unexpected attack and dismantling of Gdeim Izik's camp, Morocco was negotiating with the Polisario Front at the United Nations in New York.

He told how he had to cross the Atlantic in a barge because the Saharawi population under occupation has been systematically impoverishment and has suffered for more than 40 years. El Houssin Ezzaoui summed up in his testimony the true reason for this trial with a political declaration and denouncing all the irregularities in the construction of this case.

Sidi Abdallahi Abahah was the second accused to be questioned on the 8 day of the hearings against the Group Gdeim izik. Abdallahi began by saying that the only representative of the Saharawi people is the Polisario Front and that he wants the self-determination of the Western Sahara.

Abahah stated that this is all a theater, and uttered his mistrust against the courtroom, where he states that; "they told us at the military court that it would be fair and in the end they condemned us without evidence; this trial will be the same."

Abhah explained how he had refused to undergo the medical examinations, since his lawyer had requested an independent doctor under the Istanbul protocol, which was not the case of the medical examinations that this court had ordered. The trial can´t continue without the forensic expertise being finalized, Abdallahi said.When he was interrupted he replied to the judge that they are all innocent and have been imprisoned for more than 6 years now it was his turn to speak, and said that he spoke in his name and on behalf of all the political prisoners and the Saharawi people.
He called on the international community and all organizations to press for MINURSO to include in its mandate the protection of the Saharawi population. The judge reaffirmed once again that the court was not the United Nations and did not want to know; whereas Abdallahi replied: but I want to know, I live in occupied territory!

He denounced that after his detention, he was tortured for three days without interruption. During the torture, he was constantly asked if it was in fact the accused Bachir Boutanguiza that had urinated on a corpse. As he wouldnt confess to a lie, the tortured continued. He was beaten in prison, watered with cold water, threatened, naked, forced to run in the courtyard. He underwent 23 days of systematic torture.

When asked about he video, Abdallahi answered that everyone that goes to youtube can see that the camp of Gdeim Izik was quiet, and that everyone was sleeping before the attack. Abdallahi urged that the question that must be asked, if you want the truth, is why the Moroccan authorities attacked the camp.

Abdallahi called this trial the second part of a play that began in the military court.
He further stated that Sale's court has no jurisdiction to judge him, that it would have to be in a court in El Aaiun, and if so it would be like a referendum for the Saharawis in the occupied territories.I am not afraid of this court, this is just the other side of the same coin, he stated.

Mohammed Bourial was the third to testify in front of the court. Bourial commenced his testimony by explaining what the Gdeim Izik camp was. Gdeim Izik was a movement consisting of thousands of Saharawis which built their tent in the desert, and had social demands. Bourial acted as the head of the dialogue committee, and explained how the dialogue committee and the government had reached an agreement two days in advance. The minster of infrastructure was expected to appear at the camp cite with 9 tents to organize a coutinf of the population in the camp, so the government could be able to meet the social demands placed forward by the inhabitant. The government didnt keep their promise, and the inhabitant in the camp was surprised by their attach; which took place 6 o clock in the early hours on the 9th of November. He stated:

The Gdeim Izik camp revealed the politics of the Morocco occupier, and how they marginalize the people of Western Sahara, and steal our resources. The Gdeim Izik camp is a product of the marginalisation of all Saharawis an Moroccos occupation of Western Sahara. The camp lasted 28 days. There was no crimes. No violence. The morocco occupied attacked on the 8th of November women, children, elderly and men.

Bourial denied all the charges, and states that the one who should be trialed, is the one who ordered the attack on the Gdeim Izik camp, not us.

Bourial told about how he, on November 7th, has been approached by the chief of police in El Aiun who told him that I got Eenama Asfari tonight, tomorrow I will get you. When asked whether he received orders from Eenama Asfari to attack the public forces, Burial answered that Asfari was already captured at that time, so giving orders was hardly possible. He told about how he, during the dismantlement of the camp, was at home in his house, about 4 kilometres away from the campsite. He told about how he, on the 8th of November, was arrested by the police and transported to the police station, where he was held for five days whilst being tortured. He told about how he, in front of the investigative judge, was tortured. The judge just sent us away, claimed that he couldnt do anything for us, Burial said. Burial invoked his right to remain silent when the Civil party placed forward questions, as of which the civil party has deprived him of the presumption of innocence. The defence was constantly interrupted when advocating by both the civil party and the prosecution, whereas the prosecution raised to his feet and knocked on the microphones. Bourial stated that all the documents are falsified, and that he did not know the content of them until he was trialed in the Military Court of Rabat in 2013. He urged that all the confessions are signed under pressure.

Brahim Ismaili was the last on the testify on the 8 day of the hearings against the group Gdeim Izik. Ismaili commenced with stating that this courthouse could not uphold the basic principles of a fair trial, as the courthouse did not have the necessary competence. We must be tried in a courthouse in the occupied city of El Aiun, Brahim urged. Brahim commenced with declaring that he, as a human rights activist, condemns all criminal and violent acts, and by sending his condolences to the family of the victims. I am innocent, he stated, and its the Morocco occupier who is responsible. Ismaili continued by sending his condolences to all the Saharawis families who lost a loved one during the attack on the Gdeim Izik camp, which died by the hands of the military forces. Isamili urged that the real reason he was here, is because Western Sahara is occupied, and that he was innocent of all charges. He explained how he was abducted on November 9th from his home in the occupied city of El Aiun. He told that his house was broken into by masked men; and that we was attacked in front of his wife and his kids. He was taken into a car, and torture for four days. He told that we had never read the minutes or the declarations, that he was never read his rights, and that his family was never informed, and that he didnt have a lawyer present. He told how he, when presented in front of the investigative judge, was tortured. I told him that I was being tortured, but he sent me back to prison. The tortured commenced, and lasted for 6 months, he stated. He explained how they dressed him naked, and tortured him. He told how they were, in total of 90 prisoners, was placed inside one room, and afterwards placed in isolate. We couldnt speak to his family; and was deprived of his rights; and psychologically tortured. He told that his mother died whilst he was in prison, from the shock, and how he was not allowed to go to the funeral. He urged that I am here because of my political activism. I belong to Western Sahara. I havent done anything, I protected the right to self-determination.

During all the interrogations, he was asked about his activism for self-determination and his trip to Algeria, and he urged that he was never asked any questions about the Gdeim Izik. He explained how he went to Algeria, in August 2010, with a delegation to attend an international conference about the right to self-determination, where Western Sahara served as model. He told how they were around 500 people, and that we meet with delegation from the EU, USA and the UK. He denounced that his only crime was his opinions about Western Sahara, and that he has never killed anyone. He urged that he wasnt at the camp during the attack, and that he had only visited the camp in his capacity as a human rights activist. When he was asked about the alleged security committee inside the camp, Brahimi stated that I have never seen any committees. The Gdeim Izik camp was surrounded by the military. It had only one entrance. We had to go through seven checkpoint to reach the camps, and show our identity. I have no information.