Support us
Person number 68 detained and expelled from Western Sahara

The only foreigner who managed to not be expelled from Western Sahara this week, Kim Runar Gjelstenli, has today been expelled, after Moroccan police entered into the house in which he was hiding.
Published 20 January 2016


At 1:30 PM European time, the house in which Kim Runar Gjelstenli was hiding was surrounded by a large number of civilan and uniformed police. 10 police cars came to the house.

The person leading all security services in El Aaiun was also present and led the intervention.

First, the police tried to break through the door by force, thus destroying the entrance door. They did not succeed, but the landlord convinced his Saharawi hosts to let the police enter. 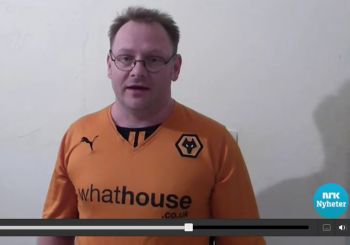 "The police confiscated Gjelstenli's passpost and brought him to the police station" a Saharawi told the Norwegian Support Committee for Western Sahara at 2 PM today. The detention took place around 1:50 PM.

Gjelstenli was interviewed at the Norwegian broadcaster's foreign affairs programme Urix yesterday, 19 January. The programme contained an interview which had been shot on video and smuggled out of the house, as Glestenli would have been detained had he left the building.

The host insisted joining Glestenli to the police station, but was pushed over and was rejected the request. He was already handicapped, and has now pain in the leg from the police's manouvre.

«If anything now happens to our organisation or myself, only the occupation power is to blame», he told.

At 5:20 PM, the Support Committee was informed that he is currently transported to Agadir. He has thus met the same destiny as 67 other foreigners that intended to visit Western Sahara over the last three days. We do not know yet what reason the police has given for his expulsion.

The Norwegian Support Committee for Western Sahara is not aware of any foreigner who have succeeded enter Western Sahara this week, yet, 68 are either expelled or denied entry.