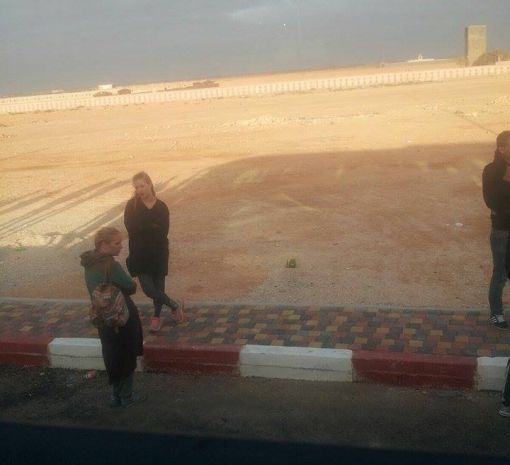 At noon today, nine Norwegians and one Dutch student were taken out of the buses they were travelling in, and deported from occupied Western Sahara by Moroccan police.
Published 17 January 2016


Above: The students Ingrid Rabbe Larsen and Kristin Larsen, taken out of the bus in the checkpoint before El Aaiun.

The ten were first stopped in a Moroccan checkpoint in Western Sahara at 10AM European time. The ten had arrived in three different buses.

"We were asked to leave the bus and bring all our luggage", Inger Rabbe Larsen, student at University of Stavanger, student on phone from the checkpoint.

The last two hours they then were sitting in three different rooms in the checkpoint. The picture to the right is taken by Saharawi activists today at 11:15 AM, while the Norwegians were still on the inside of the police control. 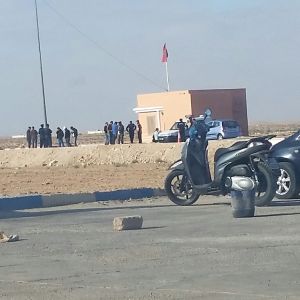 "In the end, the police gave s three reasons why we were not welcome in El Aaiun. One was that we would get lost in he city, another was that it was more pleasant for us to be in Agadir, and the third that we were not allowed to enter, as they do not allow political visits", Inga Riseth told, vice-president of Students' and Academics' International Assistance Fund on telephone.

Now, the ten students are in two taxis, chartered by the police, on the way northwards towards Morocco. All ten are students in Norway. One is a Dutch citizen, studying at the Norwegian University of Life Sciences.

"Its ridiculous that we are being denied access without any good reason. Morocco has strong bonds to the EU, which the Netherlands is a part of. This is not acceptable", Dutch Kerime Sarai van Opijnen said.

SAIH's group was supposed to visit unemployed Saharawis recently graduated, who the last weeks have protested against the unemployment i the city. In addition to the group from SAIH (below), four other students planned to visit the city the same day.

They had all travelled to raise awareness about the rights of the Saharawi people for a referendum for self-determination.

Western Sahara is considered by the UN as the last remaining colony in Africa. the UN has a mission in the territory, sent there to carry out a referendum. That referendum has not yet been carried out. Its peace keeping operation is the only established since the 70s without a mandate to monitor human rights violations. 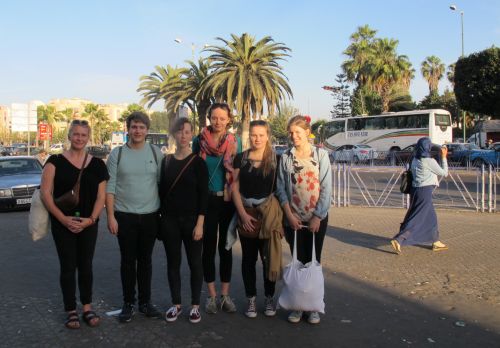 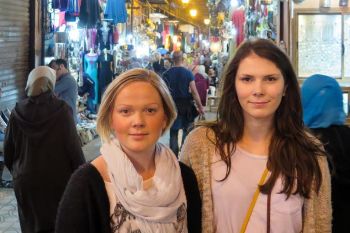 Also the sisters Thea and Amalie Willoch Njaastad were deported at noon today.