Support us
Demonstrated against SeaBird controversy in Oslo

Saharawis and Norwegians gathered last night in front of the offices of SeaBird in Oslo to protest against the company's oil exploration in occupied Western Sahara on behalf of Glencore and the Moroccan government.
Published 19 December 2014


The seismic survey company SeaBird is currently working offshore occupied Western Sahara on behalf of Glencore and the Moroccan government.

The assignent is clearly in violation of internatioal law, according to the UN former Legal Counsel, who did an opinion on the matter for the UN Security Council. Two dozen demonstrators from Western Sahara and Norway gathered in front of the offices of SeaBird in Oslo on 18 December 2014.

"SeaBird's operations are undermining the UN peace process in Western Sahara", stated Tord Hustveit, leader of the Liberal Youth of Norway, during the event (phto at bottom).

A delegation from the Rafto Foundation was last week expelled from Western Sahara after having talks with local human rights activists over the SeaBird affair. 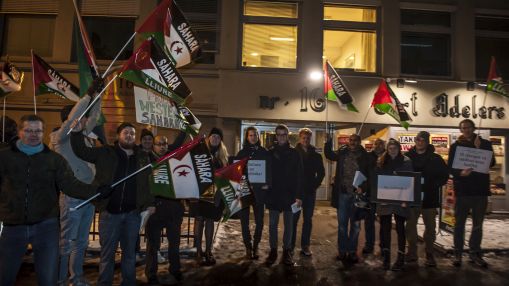 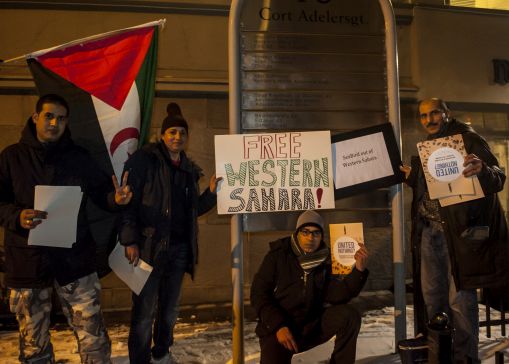 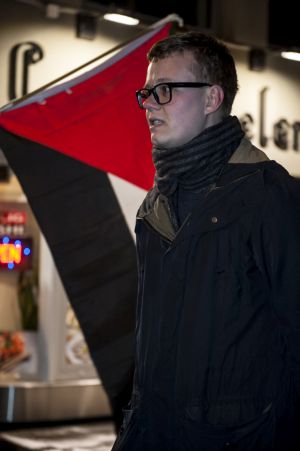