Support us
Cairn Energy, stop messing with our referendum!

A demonstration against the Scottish company Cairn Energy took place yesterday in front of its offices in Stavanger, Norway.
Published 06 November 2014


A group of protesters gathered 5 November 2014 in front of the offices of Cairn Energy in Stavanger, the oil capital of Norway.

The Scottish company owns 20 percent of the Cap Boujdour Offshore licence in occupied Western Sahara. The Scottish-American oil drilling, starting next month, will make Morocco even less supportive to the referendum on self-determination in Western Sahara, to which it agreed when signing the cease-fire in 1991.

"The oil in Western Sahara belongs to the people of Western Sahara. Cairn has nothing to do there without asking permission from our people. It is grossly unethical of Cairn to enter into a deal with the occupying power", stated Hassan Lemnaissir, leader of the Association of Saharawis in Norway.

Morocco has illegally occupied Western Sahara since 1975. Its oil programme is in violation of international law, according to the UN.

Read more about Cairn's drilling plans in our October 2014 report A Platform for Conflict.

The demonstration was a coopeation between the Youth council of energy and industry workers of Norway, the Association of Saharawis in Norway and political youth parties of Stavanger. 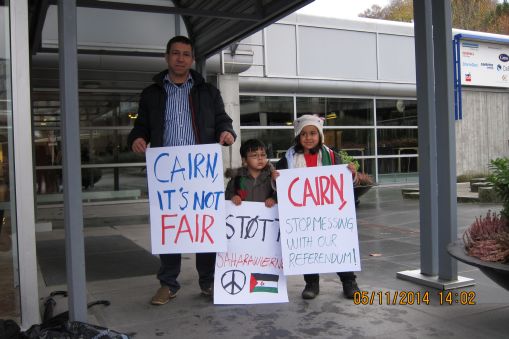 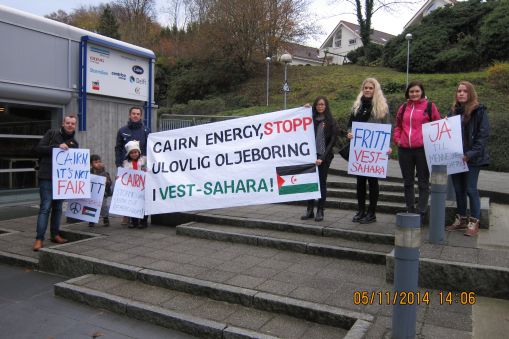