Support us
Amaidan came in third in north Norway run

With the Saharawi flag over his head, Salah Amaidan came in third at the 10 kilometer run in Tromsø yesterday.
Published 22 June 14

Salah Amaidan from Western Sahara came in third on the 10 kilometer run during Midnight Sun Marathon in Tromsø, Norway, 21 June. He was for a long time on second position, but was passed not long before the end.

"I just had to realise that the conditions were far from the best for me. I wish to thank those who organise the event, and gave me the opportunity. But when the temperatures were as they were, it was hard for me," the 31-year-old told one of the newspapers who interviewed him.

North of the Arctic circle, the temperature was around 6 degrees celcius in Tromsø as Amaidan was running.

Last year, Amaidan came in second on the same distance during Oslo Marathon. 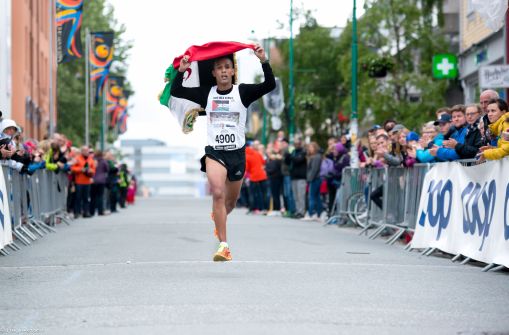 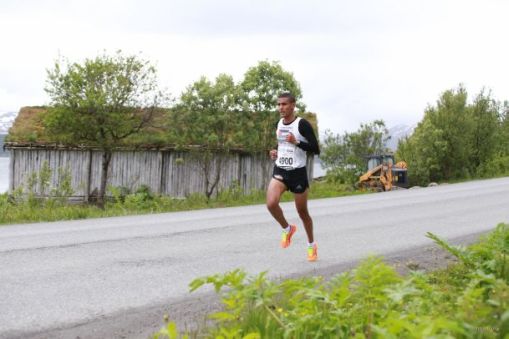 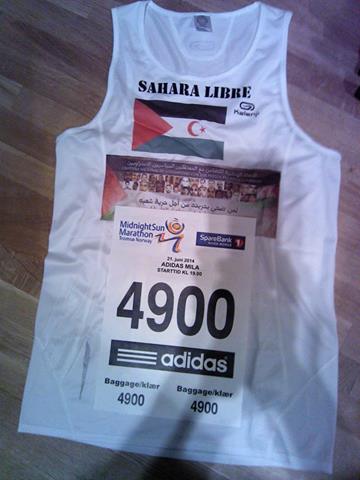