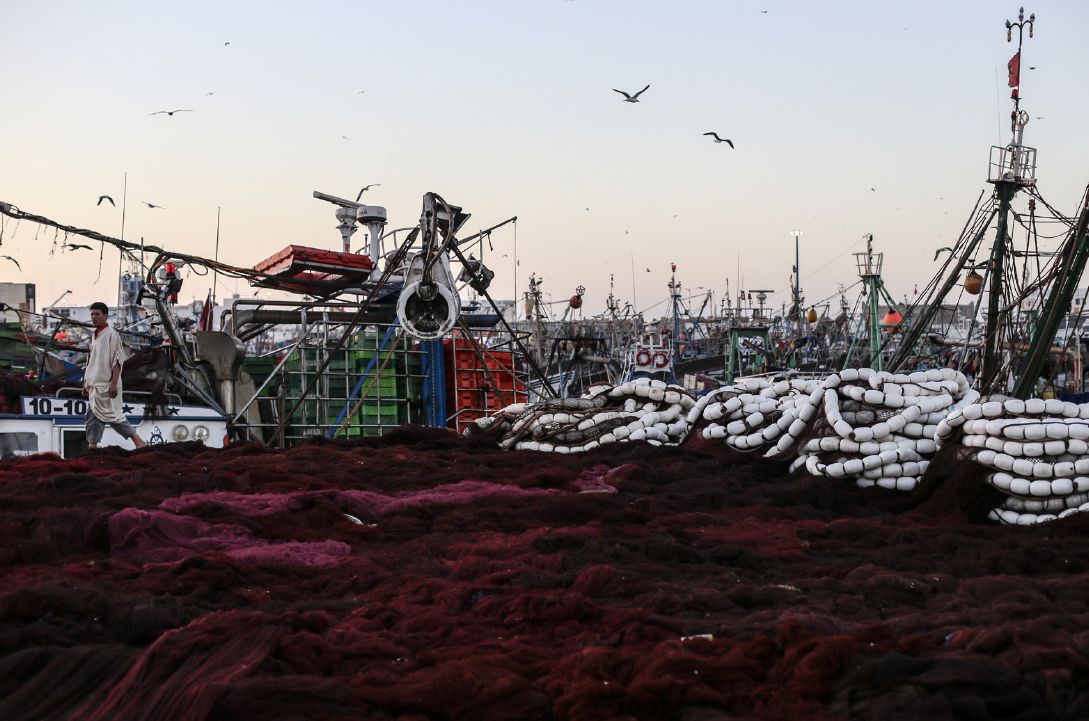 The Norwegian firm GC Rieber mentioned below tried to apply the EFTA-Morocco Free Trade Agreement for imports of fish oil from Western Sahara. However, since Western Sahara is not part of Morocco, and the products imported was falsely labelled as Moroccan, the importer is now requested by the Norwegian government to pay unpaid taxes.

The revelations made by the Norwegian Broadcasting Corporation (NRK) led to resignation of the president of the Confederation of Norwegian Enterprise (NHO), Mr. Paul-Chr. Rieber. Now his company has received a claim of almost NOK 10 million [1.2 million euros] in customs duty.

GC Rieber Oils, run by the previous president of NHO, Mr. Paul-Chr. Rieber, received today a customs claim of NOK 9.7 million [1.1 million euros] from the Norwegian Agricultural Authority due to the imports of fish oil from Western Sahara.

NRK revealed this spring that GC Rieber Oils imported fish oil from the controversial territory of Western Sahara under the wrong customs category and thereby avoided to pay duties of several hundred millions NOK to the Customs.

Highest claim in the history
As a consequence of this, Paul-Chr. Rieber immediately resigned as president of NHO. This case has also been under the investigation by the Norwegian Customs Authorities and prosecuted by the National Authority for Investigation and Prosecution of Economic Crime (Økokrim).

The Norwegian Agricultural Authority has now made a decision and ordered the company of Mr. Rieber to pay NOK 9.7 million in customs duty. This is the highest claim the Authority has ever issued a private company.

“We have never made a claim of this amount before”, says department head at the Norwegian Agricultural Authority, Mr. Harald Weie, who on a yearly basis handles between 30 and 40 cases of this kind.

The original claim was for 5 percent of the value of the goods. That would render a claim of 17.5 millions [2.2 million euros], but the amount was reduced to 2.5 % after the appeal.

“We found in favour of Rieber due to the discrepancy between the claim and the deviation”, says Mr. Weie.

“We acknowledge that our complaint has been taken into consideration, but we will use the term of appeal of 3 weeks to decide whether there is ground for appeal”, says Mr. Paul-Chr. Rieber, who also states that the company will pay the demand in case they do not appeal.

Mr. Rieber accepts criticism and wishes to settle, but wonders about the amount presented by the Authority.

“We know that what we have done has caused excess work for the public administration, but this work cannot have cost 10 million. However, it is clear that this is a complex case and we will comply with the demand if we are found guilty”, Mr. Rieber acknowledges.

Imports from Western Sahara
CG Rieber Oils imported last year big quantities of fish oil from Morocco and Western Sahara. These imports were in breach of the guidelines of the Norwegian Ministry of Foreign Affairs, which led to their largest client, the partially state-owned producer of fish feed EWOS, not to wish to continue the collaboration with the company.

A survey that Friends of Earth Norway obtained for NRK showed that the oil was declared as “non animal feed” in the city of Kristiansund and sent on to EWOS's plants in Gunhildsvåg on the island Halsa.

By using this customs category Rieber Oils thus avoided paying NOK 3.75 [50 euro cents] per kg oil which is the duty rate for fish oil that is to be used as animal feed. This rate has now been reduced to NOK 0.15 [2 euro cents] per kilo by the Norwegian Agricultural Authority.

“We think that it is good they get punished, but in light of the original demand, they got of lightly”, says Mr. Gunnar Album in Friends of Earth Norway.

“We think that it is a proportionally heavy economic burden and we have made a discretionary assessment of this case. The economic burden will not lead to bankruptcy, but we found it unreasonable to settle the duty rate at 5% of the value of the goods above the customs burden of NOK 1.5 million [186 000 euro]. Because of this it was reduced to 2.5%”, says Mr. Weie.