Support us
Aminatou is on hunger strike

Human Rights activist has been expelled from her home country, Western Sahara. She demands to be able to return.
Published 17 November 2009


This week-end, Aminatou Haidar was deprived of her passport by Moroccan police and expelled to Spain.

Spain refuses to let her return to Morocco. Haidar is now on hunger strike, demanding from Spanish authorities that she is permitted to return.

Photo was taken by Man Chagaf, at the airport of Lanzarote, before Haidar was kicked out from the airport. Photo can be used freely. Click on photo for high resolution. 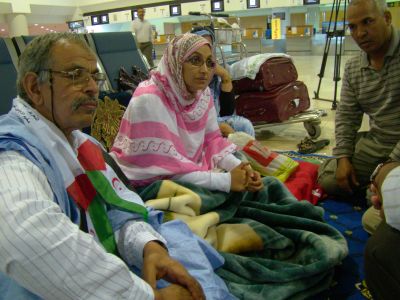