Support us
Talks to resume on breaking Western Sahara deadlock 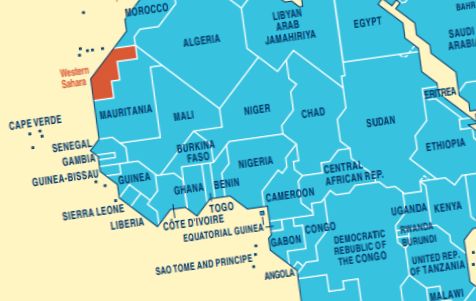 
By Christian Lowe and Lamine Ghanmi

- Negotiators will gather in Austria on Monday for informal talks aimed at unblocking a 34-year-old dispute between Morocco and the Western Sahara independence movement.

Western diplomats say the row over Western Sahara, a territory slightly bigger than Britain with under half a million people, is hampering efforts to tackle an insurgency linked to al Qaeda that is spreading south through the Sahara desert.

Morocco annexed Western Sahara in 1975 and is now offering it autonomy. But the Polisario independence movement, which fought a guerrilla war until 1991 and is backed by neighbouring Algeria, is demanding a referendum on Western Sahara's future which would include the option of independence.

U.N. officials have said those talks were marred by "grandstanding". They hope the new format -- low-key talks away from the media spotlight -- will be more productive and clear the way for the resumption of formal negotiations.

Mediators have not disclosed the venue and there is no scheduled press coverage, but Mohamed Beisat, Polisario's Minister Delegate for African Affairs, said the location will be Durnstein, an Austrian town on the Danube where English king Richard the Lionheart was imprisoned in the 12th century.

"The only position that we have is that we stick to the right of the people to choose their destiny."

Moroccan officials could not be reached for comment. Morocco's King Mohammed said in a speech last month that Western Sahara's status as part of his kingdom was a sacred issue.

"We affirm our commitment to the bold initiative of autonomy because of its seriousness and worldwide credibility," he said.

The dispute has soured relations between Algeria and Morocco and limited their cooperation in fighting al Qaeda's North African wing, who hide out in the Sahara desert and are increasingly active in Mali and Mauritania to the south.

A former Spanish colony until Madrid pulled out in 1975, Western Sahara has reserves of phosphates -- used in fertiliser -- and the potential for big offshore oil and gas finds. No country recognises Morocco's rule.

Since the mid-1970s, tens of thousands of people from Western Sahara who were displaced by the fighting have been living in camps on a windy plateau deep in the Algerian desert.

Moroccan analysts said they see little chance the talks in Austria would break the deadlock, even with a new format.

"That form of talks would not change the fundamentals of the issue," said Karim Douchi, a Moroccan political analyst.

"Morocco is sticking to its (autonomy) plan and Polisario is rejecting it but failing to come up with an alternative except to repeat it needs a referendum," he said.

The new UN mediator, appointed in January, could make a difference. A U.S. career diplomat, Ross has the ear of senior figures in the administration of U.S. President Barack Obama.